The store will not work correctly in the case when cookies are disabled.

Categories: Know more about your favorite shoes, Best Inspirational Shoe trends for everyone 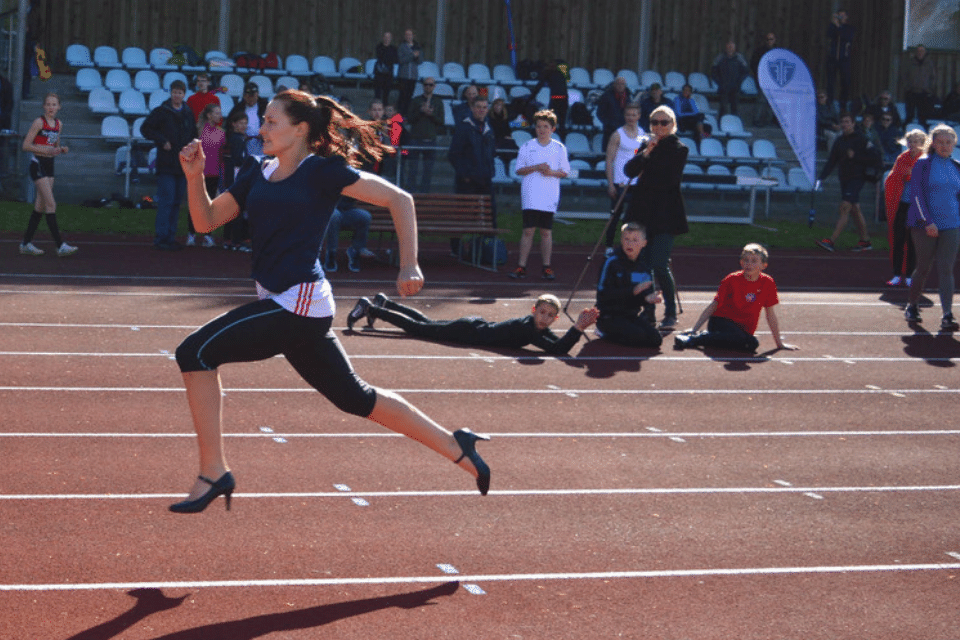 Shoes and socks. Socks and shoes. We put them on every morning (generally) and get on with our day. And though we all love our shoes and it’s so much fun to shop the season’s new styles, on some level, we take shoes and socks for granted. Here are 6 fun facts about shoes that might surprise you!

Before becoming a fashion icon, those rebellious Docs were originally the housewive’s choice.

Dr. Martens originally took off among older housewives in the 1950’s in Germany thanks to the soft, cushioned insole. When originator Märtens began exporting them to the Brits and working with British company Griggs, they became more like the boots we know today. Yet they were still popular first with those who worked on their feet and needed comfort – like factory workers and postmen.

2. The Art of Running in Heels

Heroines and divas seem to navigate heels with ease. The rest of us generally need a little practice first. Wonder how much practice Majken Sichlau of Denmark needed before claiming the title for running the world’s fastest 100m wearing high heels. To win her title as the female world champ, she sprinted the 100 meters in 13.557 sec. Wow, that’s just plain fast. She accomplished this during the Tarnby Games on May 2, 2015, in Copenhagen, Denmark.

According to the stories, right and left shoes weren’t made until 1818 in Philadelphia. Before that, both shoes were identical and obviously a lot less comfortable.

4. Think You Love Your Chucks?

So if you think you’re special because you have been accumulating Converse in multiple colors and fabrics, high-top and low, you should see Joshua Mueller’s collection.

Joshua of Lakewood, Washington, USA, holds the official Guinness World Record for having the largest collection of Converse shoes. At last count, verified on July 30, 2019, his collection consisted of 2,630 shoes.

Joshua first achieved this record in 2012 but he’s been actively collecting Converse since 1992. He says he’s not finished yet and hopes his son will pick things up some day and keep it going. That’s commitment. How’s your collection doing? If you need to add a few pair, you can start here.

5. Learning to Tie Your Shoes

Sure you know how to make the bunny ears but do you know where shoelaces came from and what that little plastic thingy on the end is called? It’s called the aglet. The aglet, yes. It’s typically plastic or metal, and was popularized in 1790 by an English inventor named Harvey Kennedy. It helps keep your laces from fraying and makes it a whole lot easier to thread through the tiny holes in your shoe.

Shoelaces have been in use for centuries, long before they became officially invented when they were patented by that same Harvey Kennedy. There are examples of laces on medieval footwear dating as far back as the 12th century.

6. What are the World’s Oldest Shoes?

Well, it all starts with how you define shoe. Rope sandals that date back to approximately 8,000 BC were discovered in Oregon by archaeologists in 1938. They were constructed of sagebrush bark and the archeologits found several pairs of them in the Oregon cave.

The oldest known shoe shoe, made of leather and with a closed toe was discovered in 2008, again in a cave, this time in Armenia. It’s been called the Areni-1 shoe and despite being around 5,500-years-old was found in surprisingly good condition. It’s the oldest known leather shoe in the world, although researchers believe footwear was around before that; it’s just that the materials were of a type that disintegrated over time.

Don’t throw out those old sneakers just yet, they might be a museum piece some day.

It’s believed that socks were originally made from animal skins or matted animal hair. Makes you really appreciate those soft fleece ones you love so much, doesn’t it?